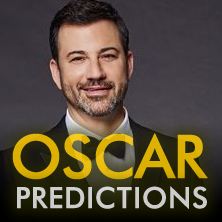 I love Oscar Season. As a movie lover and a queer activist, Oscar season is my season. In fact, having experienced a very low level Oscar campaign season myself when True Son, directed by Student Academy Award Winner Kevin Gordan, was submitted for Academy consideration and made it all the way to the Tribeca Film Festival. True Son, is the story of Mayor Michael Tubbs original winning city council campaign. As Michael's campaign manager and political adviser, I was prominently featured in the documentary and ended up with my very own sought after IMDB profile and page because of it. Michael went on to get elected Mayor of Stockton, CA, becoming the first African American mayor of our  city and the youngest mayor of a mid-size/large city ever. Michael was recently named the most influential mayor in the U.S. by Nation Magazine and I went on to create a mini-LGBT+ revolt here in California through my work with the organization I founded, the San Joaquin Pride Center; an organization that hosts an annual Oscar party as its biggest annual fundraiser (tickets found here) . I say all of this because I was shocked to find myself banned for voicing my thoughts on the film The Green Book last night while visiting the site AwardsDaily.com. This is just one in a serious of incidents that have sadly soured my taste for this Oscar season, one that should be championed for its diversity and inclusiveness.

Where to start? My first feeling of frustration came via Pete Hammon from Deadline Hollywood. when he stated that comments about The Green Book was, "ridiculous backlash being pushed by ill-informed Twitter trolls and a couple of trade sites". I attempted to shared links to essays from The Root and other black sources but my comments were not approved by site moderation. I wasn't rude, trolling nor did I use disrespectful language.
Then the concerned privilege trolls took over the internet who repeatedly dismissed the Oscar chances of films like Crazy Rich Asians and BlacKkKlansman because "how dare these mediocre films be considered worthy of Oscars" when every year mediocre films get considered. Not that CRA or KkK are mediocre films! (And don't even start me on the Kevin Hart fiasco and the over-privileged Ellen DeGeneres shoving her foot in her mouth by defending him.)
And now with Green Book winning the Golden Globe you are seeing white privilege rear its head once again, this time lead by Sasha Stone of Awards Daily with her tone deaf defense of the film's being described as "white wokeness". In other words, white people who are sympathetic to black voices expressing their frustration with civil rights movies always being told through the prism of white protagonist are some how the problem, This is when things got interesting and Awards Daily writers and moderators attacked me and blocked me from their site. Take a look:

Can you believe these are supposed to be professionals? So here's my question. With Oscar campaigning at an all-time frenzy, what responsibility does the Academy have to police the "For Your Consideration" online campaigns that feed the coffers of people like Sasha Stone, Awards Daily and Deadline? What responsibilities do these sites have when they act as if they are journalist, shape part of the Oscar season with their punditry but then have no accountability for journalistic integrity when it comes to their readership. I was not rude, nor used foul language nor violated any site rules. So now are we black folk going to be held to another standard when commenting on Hollywood awards like we are when driving, relaxing in common spaces in our communities or while at school? Should the Academy create a registry (like lobbyist have to) so that there is transparency when it comes to the millions and millions that are spend on online "For Your Consideration" ads and should their be ethic standards when it comes to public discussions on these platforms? It's obvious that these Oscar pundits don't want true diverse discussions. Right now, they just want clap-backs to what they believe. And that's not good when it comes to diverse stories being told in Hollywood or them being honored.
~Nicholas Hatten
Update 1/20/19
Looks like Scott Feinberg is the latest so called "journalist"/pundit to make a racially insensitive comment.