Something In The Water Does Not Compute 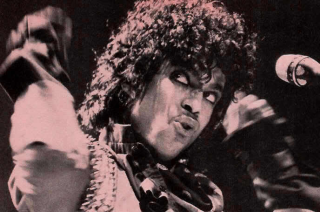 “Must be something in the water they drink”- Prince

Lately there’s been a lot of chatter about the historical manipulation of local Democrats to destroy progressive progress in San Joaquin County. People like Republican political consultant Don Parson’s and former Mayor Anthony Silva used to recruit registered Democrats with similar sounding names (or often Latinx sounding names) so that they would eat up votes from Dem minority candidates so that the Republican mathematically would have an advantage. Then Parson’s would buy up all the fake Dem voter guides and voila, continued political relevance for good ole Don.   That all started to change when Rep. Jerry McNerney asked me to get involved with our County DCC (an effort that eventually led to me getting elected Chair a few years down the road).

Finally our local party was able to afford things like door hangers, robo calls and slate pieces for field and mailing. Things got even stronger under new DCC Chairs like AJ Hurford and Renee Elliott. Gone were the days that good ole Don could mislead the public. But look who is back up to his old tricks and working the good ole boy Republican network with extremist like Tea Partier Bob Elliot and out of touch Dale Fritchen and this time they’ve up'd their game and just like in the past, their targets are elected people of color. Yet this time, instead of finding token names to run for office, they’ve found Desperate for Relevant Democrats like Tracy’s Robert Rickman, Stockton’s own disaster duo Motec Sanchez and Christina Fugazi and the returned Old Man on the Block Carlos “no-constituent-ever-saw-me-work” Villapudua to do their work for them.  In an era of Trump “Fake News” and social media’s ability to filter content and create bias info walls, what’s happening in Stockton and San Joaquin County could spell doom for the California Democratic Party’s efforts to institute true change across the entire State. (See my previous post on how that happens: California’s LGBT+ Divide). So, if you are women, a person of color, care about the environment or criminal justice reform or any other issue that needs system changes you better listen up.

So what’s going on? Three of our area’s most popular politicos, Susan Eggman, Michael Tubbs and Rhodesia Ransom are finding themselves at the cross-hairs of so called Democrat activist/elected. Yet, once you start peeling the layers, the same Republican players can be found pulling the puppet strings. Let’s start with Tracy. Robert Rickman was supposed to be our party’s new energy. There was concern by some about party loyalty because his wife, Karen, was at one point chair of a local Republican club but Rickman’s bio, a police officer and union member, won us over.  Then he got elected and immediately aligned himself with tea party extremist Bob Elliott and Don Parsons whom together  recruited Juana Dement away from the Dem Party and recruited the ethics challenged Veronica Vargas to run for office.  Those three (Rickman, Dement and Vargas) now represent the majority vote for Tracy’s City Council. What does Rickman do as newly elected Dem mayor? He starts attacking progressive councilmember Rhodesia Ransom for her addressing the homelessness situation in Tracy. Rickman stayed silent when it came to fighting for higher wage jobs with Amazon nor is he advocating for stronger mental health care services for Tracy residents.

Then there is the subtle racism and homophobia that is steaming up all over Tracy.  Especially annoying is his silence on Taylor Farms!!! A Dem mayor should be all over these issues and his absence is the most egregious of his offenses. The Council’s current “play it safe” approach to politics is the exact kind of behavior that created Tracy’s current challenges. The fact that Rhodesia is leading on all these issues (calling on BHS new director to bring more mental health resources to Tracy, working with young boys of color through her non-profit and speaking in support of the LGBT+ community) should be causes for applause. Yet Rickman is continually attacking her work and efforts. Seriously, Mayor Rickman?

The opposite of Rickman is Mayor Michael Tubbs and his work. (Yes, full disclosure, I previously worked as a consultant to Mayor Tubbs and continue to advise him in an informal capacity). Michael’s groundbreaking work through first his Reinvent South Stockton non-profit work and now his college scholarship pledge Stockton Scholars are the exact forward type thinking that elected officials will be studying and replicating for decades. While Universal Basic Income worked its way through our Party Platform, Tubbs found himself attacked for it by Motec Sanchez and Councilmember Christina Fugazi. These two (alleged) Democrats find themselves as spokesperson #1 and spokesperson #2 against Michael. You can feel the hatred for him ooze out as they speak and the undercurrent of racism and homophobia that goes unchecked by the two alleged leader’s supporters is troubling.  Parson’s and Dale Fritchen (a former Republican party chair whom Tubbs beat for City Council) are constantly repeating their talking points and FB sharing their statements and now Republican talking points like Ted Howze from other parts of the State are getting in the act. (Examples of racism and homophobia: here , here:

Here’s the question we all should be asking right now. There appears to be three or four people working full-time in opposition to anything and everything Tubbs does. Its an extremely coordinated effort with social media sites, campaign signs and a small but vocal group of bodies. Who is funding this work? Those large Say No To Tubbs signs aren’t cheap and were up within days. Where are the FPPC accounts? Where’s the transparency? This group attacks Tubbs for perceived transparency issues yet never follow their own rules. Especially when it comes to their campaign Facebook groups that perpetrate hate and lies without any accountability. I would not be surprised one bit if Parson and Fritchen’s Republican donor friends are involved.

Then there’s Carlos. Carlos just filed paperwork to challenge Asm. Susan Eggman. Why? Pretty simple, the Republican’s fear Susan’s popularity, and like with Tubbs, they want to take her down before she decides to run for office. Already a Republican IE has announced they will spends hundreds of thousands against Susan during this campaign. Susan’s End of Life and AB-186 Controlled Substance legislation and her time as Chair of the LGBT+ Caucus have made her a pretty popular member within our Party so why is Carlos challenging her? Because Richie Ross, former Dem consultant turned work for hire for the Republican Party. Ross is running Mani Gerwel’s challenge of Cathleen Galgiani (which has got to burn since Galgiani is former client of Ross’ as was her former boss Patrick Johnston). Ross is also running the Republican IE against Susan. Ross fell out of favor with most Dem candidates because he charged large sums and his campaign style could be best described as 70’s/80’s campaign chic but now he’s back with the help of a desperate and out of touch Democrat and good ole boy Republican money.  Something in the water, does not compute.