How the California Dem Party is Already Failing its LGBT+ Community 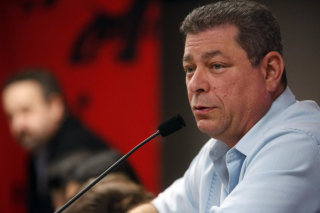 On Saturday Nov 18th, I had the pleasure of joining local rural Democratic Party activist Glenn Glazer, a Santa Cruz appointed Delegate and Hilary Hodge, a Nevada County Supervisor candidate which was moderated by John Vigna, former California Young Dems President. The experience was one big eye opener in how out of touch the California Democratic Party is on issues that pertain to the LGBT+ community here in our state. Hopefully the panel discussion will be the start of true change for "all" members of the LGBT+ community in California.

First, the facts. As I've previously posted, there's wonderful legislation like Prop 63 (Mental Health Service Act), AB9 (Seth's Law), AB1266 (School Trans Right), and now AB403 (Foster LGBT Protection and Rights) that have been implemented into law that serve California’s LGBT+ community. The problem, without local accountability, and with local governing bodies like Boards of Supervisors or School Districts that are run by majority conservatives, these laws go either ignored or unfunded (despite being given State funds). So what's our LGBT+ Caucus to do?

I want to thank Evan Minton, Co-Caucus Chair for arranging the panel. I got the impression that a huge majority of the caucus members and activist were unaware of the disparity. Their impression of rural California seemed to be based on nineteen-sixty and nineteen-seventies views of what it's like to live in rural California. Secondly, none of them were aware that an estimated 40% of LGBT+ Californian's live in either rural or conservative governing communities. Everyone is under this false assumption that gay people are either bred in San Francisco or LA or they immediately migrate their by the assistance of some fairy godmother moving service.
The saddest part of the Caucus meeting: newly elected Party Chair Eric C. Bauman opening the Caucus with a really awkward joke about how the two newly elected transgender members of the caucus’ E-Board could get married, conflating sexuality with gender identity. Totally inappropriate. He also kept referring to our "brothers and sisters". Now, I'm going to give him a pass on this one because it's an issue that is relatively new for our community but we can't preach about being the party of inclusion and ignore our gender non-conforming siblings. This was an issue that I raised with our State LGBT+ party leadership last year. All of our position statements, delegate election processes and Caucus policies are based on gender. It's time to get with the times and change this shit stat! Finally, he (and a few others) kept talking about how we here in California are an LGBT+ Utopia that other states should follow. In fact, one DNC Rep was boasting how he serves on a committee that does just that. Their entire agenda is to teach other states how to replicate the successes California has had legislatively with LGBT+ issues and I'm just sitting there with jaw dropped in shock. If Bauman really wants to use his newfound influence to improve conditions for LGBT+  Californians, he better call up a local LGBT+ non-profit and ask to take one of their sensitivity training courses and then set up a meeting with local rural LGBT+ community leaders (not just dem activist) and listen and learn. Prior to that he needs to keep his mouth shut because it's obvious how out of touch he is.
The good news, I could visibly see the members of the caucus get woke and they expressed a lot of compassion towards rural LGBT+ plight. I offered three suggestions that evening that I'd like to share in closing.
1) Our State Party needs to create an accountability caucus. One that reviews previously passed legislation and follows the money to make sure that it's been spent properly locally. My understanding is that misappropriation of funds (or non-spending) within conservative bodies is an issue not just affecting LGBT+ communities. Ask any mental health expert and they will say it's the Number #1 reason why our mental health system in California is a hot mess.
2) Gays! Gays! Gays! There's a lot of queer staff up in Sacramento. They need to be more intentional when they write legislation and make sure the purse strings are strong enough that funds can't be misused. It's an easy fix. Gays, with great power comes great responsibility. Don't Zack Snyder it up!
3) We can't trust our legislators! It breaks my heart to say this but I honestly believe a big reason why unfunded mandates or misappropriated funds are in issue is because no legislator wants to stick their neck out and admit their legislation had flaws. They want to keep their political wins so that they keep getting re-elected. So what can we do? Well, we can start with holding Board of Supervisor candidates accountable for their actions when they run for Assembly or State Senate. If they didn't fight for the proper use of State funding, how can we trust them in Sacramento anyways?
I can't believe after almost a decade of serving my party, this was the first time I'd spoken at a convention. It was an honor and privilege and one I will forever thank the LGBT+ Caucus for.  I truly believe that we have set the groundwork for real change within our party and within our State as it pertains to LGBT+ issues here in California that evening. All of this can sound wonky but keep in mind that the lack of funding impacts acceptance which results in higher likelihood of being bullied, fired, kicked out of your housing, assaulted and even killed for being LGBT+. With underfunding means understaffing and isn't it time that the 40% get the same level of support that LA, SF, San Diego and all the other wonderful urban hubs get? Isn't that the right thing to do?